A delegation visit was made to the “Luxembourg The Greater Region Business Days” that was organized by the Luxembourg Chamber of Commerce between June 17 to June 20 in collaboration with the Kocaeli Chamber of Industry and ABIGEM East Marmara.
Within the scope of the delegation visit, the Greater Region Business Days Fair was visited and bilateral business meetings were made by the delegation in which 10 companies took partn under the chairmanship of the Kocaeli Chamber of Industry’s Chairman Ayhan Zeytinoglu. The companies from Kocaeli made around 90 bilateral business meetings with the foreign companies from 15 countries and  they had the oppurtunity to take a step  in the new commercial and technological collaborations.
The Greater Region which names the event includes Germany’s RhinelandPalatinat and Saarland, Belgium’s Wallonia, the French region of Lorraine and Luxembourg Grand Duchy also sets an example of European integration,  a daily basis cross-border activities (labor, trade, consumers)
During the related event, a protocol was signed between the Kocaeli Chamber of Industry and the Luxembourg Chamber of Commerce to develop bilateral trade and economic cooperation. On the other hand, the “EEN-Business Award” was given to the ABİGEM East Marmara within the frame of Enterprise Europe Network partner by the Luxembourg Chamber of Commerce.
Within the context of the delegation visit, also, the Turkish Republic’s Luxembourg Embassy was visited. A reception was given by the Ambassador Salim Levent Sahinkaya in the honour of the delegation and the commercial and economic relations were evaluated between Turkey and Luxembourg. 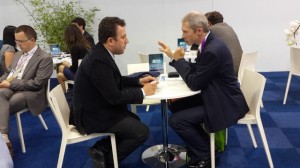 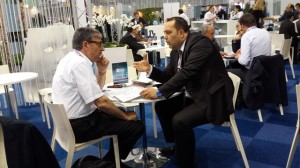 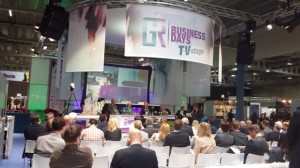 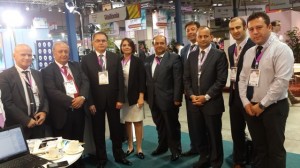 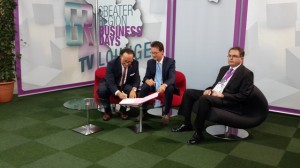 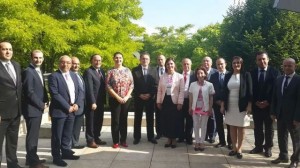