Head of the EU Delegation to Turkey Ambassador Nikolaus Meyer-Landrut, met with representatives of business world and spoke about EU-Turkey relations at the meeting hosted by KCI

Head of the EU Delegation to Turkey Ambassador Nikolaus Meyer-Landrut, members of the Kocaeli Chamber of Industry (KCI) Executive Board, members of the council, chairmans of organized industry zones and representatives of business world came together at the meeting hosted by KCI. Opening speech of the meeting was made by the KCI Chairman of the Executive Board Ayhan Zeytinoğlu. Chairman Zeytinoğlu started his speech by describing the geographic and economic properties of Kocaeli and continued with mentioning the trade relations with EU.

After Zeytinoğlu’s speech Ambassador Landrut took the stand and said that it is pleasing to see the EU Information Center operating actively. Landrut said “Turkey is a very important import market for EU and a significant part of the European chain of values. We care about the economic relations with Turkey. The Covid-19 pandemic and the unjust attack of Russia to Ukraine also showed us how important the circular economy and the efficient use of resources are. In this sense the Green Deal will be the lead of the economic-social change and effect everyone.”.

A FINANCIAL AID FOR TURKEY

Ambassador Landrut said “On the matter of change public and private sectors will need co cooperate, No matter how distant 2050 looks it can still be considered ‘tomorrow’. We should cooperate now and actualize the measures in 2-3 years. If Turkey develops its own Emission Trade System (ETS) during this process Turkey will face less problems with the customs union. No matter how difficult the change processes look we shouldn’t forget that they also contain oppurtunities. You have an oppurtunity to generate a market with green investments. Also we know that your companies need financial resources. On this point EU allocated 700 million Euros to support Turkey in the process of change. You can benefit from these resources by developing projects.”. 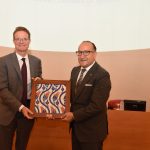 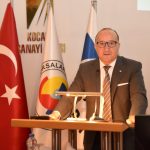 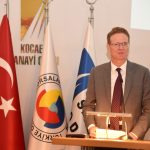 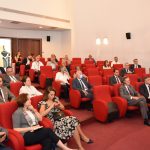 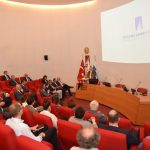